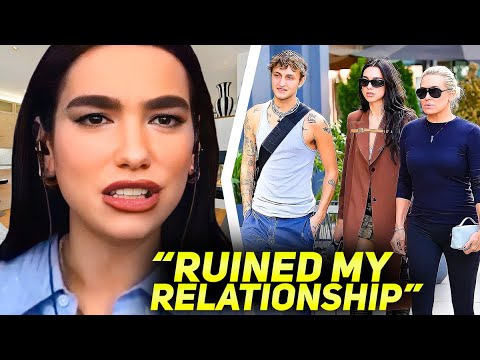 Dua Lipa Reveals Why The Hadids Are Toxic

Hold up! Hold up! Did someone mention a collaboration between Zayn Malik , The Weekend and Dua Lipa ? Talking about how toxic that Hadids are?! Okay, we need to break this down slowly, coz the tea is super hot!

As you may be well aware, Dua and Anwar Hadid broke up toward the end of 2021 and a close source confirmed to The Sun that they floated the idea about putting the brakes on their romance in November 2021 because traveling so much and being apart was proving to be tough. The source also revealed that the relationship was going through a crisis and appeared to be on the rocks, and it was just the right time for Dua and Anwar to take a break. Well, according to other sources, the reason why Dua and Anwar broke up was because of the Hadids’ toxic family traits, and if we are lucky enough, we might hear all about it in a song!