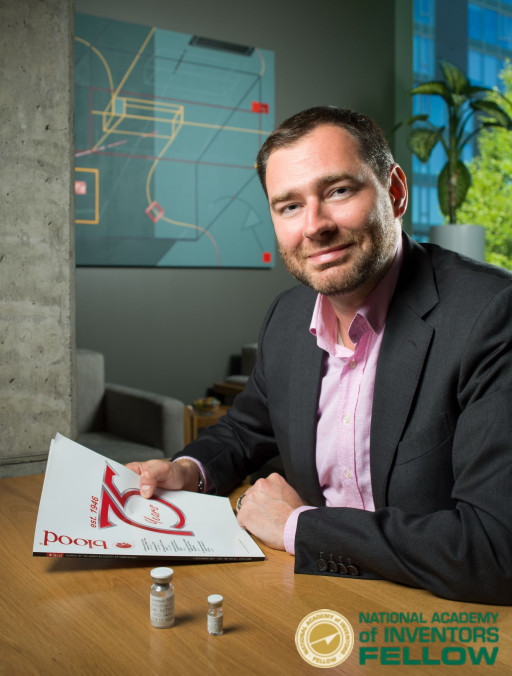 Aronora co-founder and CEO Dr. Erik Tucker has been elected as Fellow of the National Academy of Inventors (NAI)


Erik Tucker, Ph.D., joins an elite group of inventors with his election to the National Academy of Inventors. Dr. Tucker's research into blood clotting diseases has launched two entirely new classes of blood thinners and clot busters that don't appear to have negative bleeding side effects.

"I am truly honored to be elected as a Fellow of the National Academy of Inventors, and proud to join an exceptional group of distinguished Fellows worldwide," said Tucker. "It's also incredibly exciting to see my scientific research being translated into revolutionary new medicines with the potential to help the millions of people who suffer from blood clots."

Dr. Tucker is an inventor on more than 90 U.S. and international patents, stemming from his investigations into the fundamental aspects of blood coagulation. As a graduate student at Oregon Health & Science University (OHSU), Tucker discovered ways to inhibit blood coagulation without triggering the negative bleeding side effects common with the currently approved blood thinners. These new therapeutics are designed to work by targeting thrombosis without disabling hemostasis. Tucker and his colleagues patented the research and after graduating, he co-founded the biotech company Aronora to translate these discoveries into the next generation of blood thinners and clot busters.

Blood clots that result in heart attack and stroke are the leading cause of death in the world, but despite its prevalence, research into blood clotting therapeutics has languished. One of the most widely prescribed blood thinners, heparin, was approved by the FDA in 1939, and the standard-of-care clot buster tPA was initially FDA-approved in 1987. The biggest problem is that all currently approved drugs can cause serious bleeding. Tucker aims to change the medical outcome for those suffering from blood clotting diseases with his new drug candidates.

"As a graduate student, I tested many FDA-approved drugs in our disease models, and was stunned to discover that our therapeutic strategies worked better and appeared safer than everything else we tested. I knew we had to develop these promising technologies and save people's lives." Aronora currently has two drug candidates, Gruticibart (AB023) and E-WE thrombin (AB002), in mid-stage clinical testing.

Erik Tucker received his B.S. from the University of Oregon and Ph.D. in Biomedical Engineering from OHSU. In addition to being CEO of Aronora, Inc., Tucker is an assistant professor of Biomedical Engineering within OHSU's School of Medicine, and is an affiliate member of OHSU Knight Cancer Institute's Center for Experimental Therapeutics.

The National Academy of Inventors Fellows Program recognizes inventors who have demonstrated prolific innovation in creating or facilitating outstanding inventions that have made a tangible impact on quality of life, economic development and the welfare of society. Election as an NAI Fellow is the highest professional distinction accorded to academic inventors. The NAI Fellow program has 1,567 Fellows worldwide, and collectively, the Fellows hold more than 58,000 issued U.S. patents, which have generated over 13,000 licensed technologies, 3,200 companies and created more than one million jobs. In addition, over $3 trillion in revenue has been generated based on NAI Fellow discoveries. Among all NAI Fellows, there are 642 members of the National Academies of Science, Engineering and Medicine; 63 recipients of the U.S. National Medal of Technology and Innovation and U.S. National Medal of Science; and 45 Nobel Laureates. Dr. Tucker will be officially inducted at the NAI annual meeting in June 2023.